Hell yes! We have charismatic and legendary BLAKE SCHWARZENBACH (ex-JAWBREAKER, JETS TO BRAZIL, THORNS OF LIFE, now: FORGETTERS) playing his songs for you. Just him! Just now! Blake and his guitar will take you on a trip through his past: 25 years of music history. He'll play songs from all his bands plus a couple of cover versions; and I guess he'll also do some plain old storytelling. Schwarzenbach was something like an enfant terrible of the 80s and 90s San Francisco punk movement. He largely remains an influential figure in the punkrock and indie music scene, some even talk about a devoted cult.

COMMUNICAUTION from Luxembourg is Eric and his guitar. In typical singer songwriter tradition he sings songs about life. 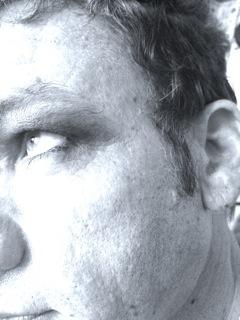