THE PHARMACY (NoLa/us)
support: THE HAPPY KIDS
(from a tapedeck in trashcan-ada) 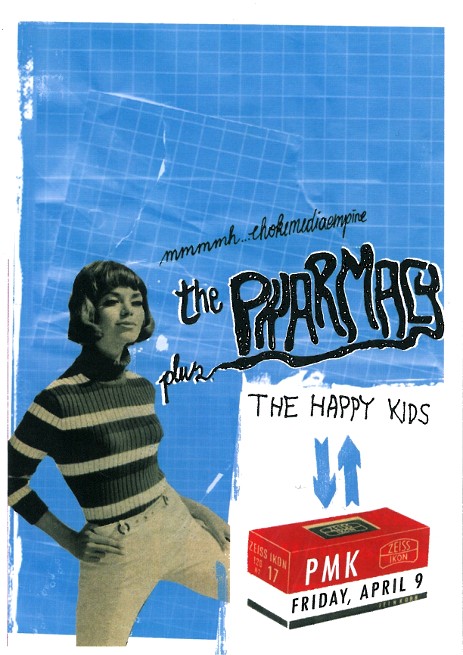 hosted by
Choke Media Empire
THE PHARMACY (NoLa/us)
support: THE HAPPY KIDS
(from a tapedeck in trashcan-ada)

Pacific Northwestern Anti Folk / Pop Spazmastication? Yes. They have played with the MOLDY PEACHES and toured with KIMYA DAWSON (as her opening and backing band), JEFFREY LEWIS and MATT & KIM. THE PHARMACY is famous for a outrageous live show full of debauchery, sweat and unpredictable moments. After several months at their new residence of New
Orleans, The Pharmacy will be returning to tour to perform some music from their upcoming Don't Stop Believin' LP 'Weekend.' Recorded in the the house that they shared together near Bayou St. John, 'Weekend' is a gritty and much rawer departure from their previous record 'Choose Yr. Own Adventure.' 1960s girl-group style reverb and drum beats, along with a simpler approach to their danceable pop music are evident. The album drops in early 2010.
THE HAPPY KIDS Boy on the keys, girl on guitar, both on the telephone plus a tape deck equals A LOT OF FUN. Better come early, dont miss this! 40 minutes of weird cover versions of your favorite garage / punk / indie hits! Who knows mebbe they even throw in a few originals! Al Bird Dirt and Ana Threat will put a smile on your face" 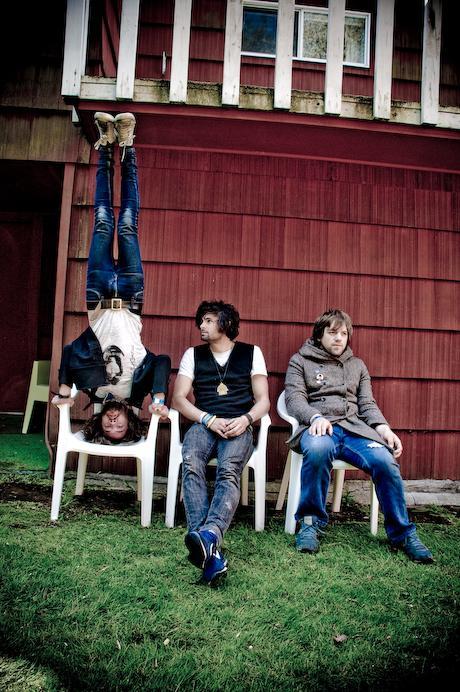