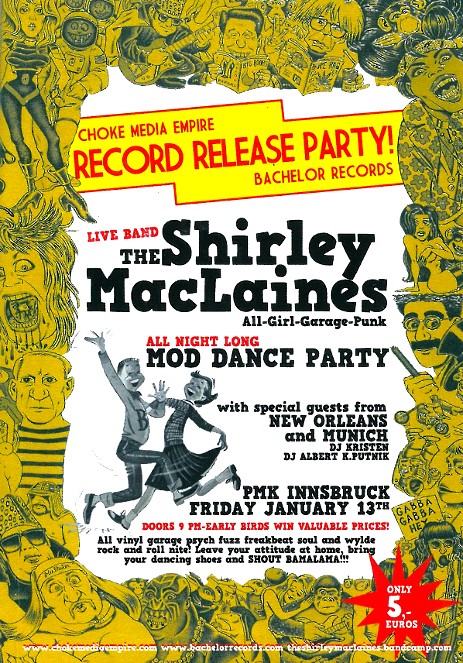 This is the record release party of the second 7” of the infamous girl punk gang, THE SHIRLEY MACLAINES!!!

BACHELOR RECORDS offered them a sixpack of PBR and some gift vouchers from H&M to record five furious punk songs. Now they are out on vinyl!!! This night the SHIRLEYS will perform a very special set, a thirty minute thunderstorm of garage punk rock - noisy, rouge, raucous and out of tune!!! Isnt that fun-tastic!?!?  Remember LOLI & THE CHONES, BRENTWOODS, ELECTROCUTES and the GITS? This will blow yer earwax out!!!

No other band wanted to team up with the SHIRLEYS so we invited really spectacular disc jockeys to make you shingle and shake: Kristen Zoller is one of the MOD DANCE PARTY DJs in New Orleans, USA, a party train that goes off the rails since more than 10 years, plus sound wizard and style icon from Monaco Di Bavarie, ALBERT K.PUTNIK announced his physical presence... expect an all vinyl garage psych fuzz freakbeat soul and wylde rock and roll nite! Leave your attitude at home, bring your dancing shoes and SHOUT BAMALAMA!!!

Stay tuned for more surprises!
Add us on facebook! 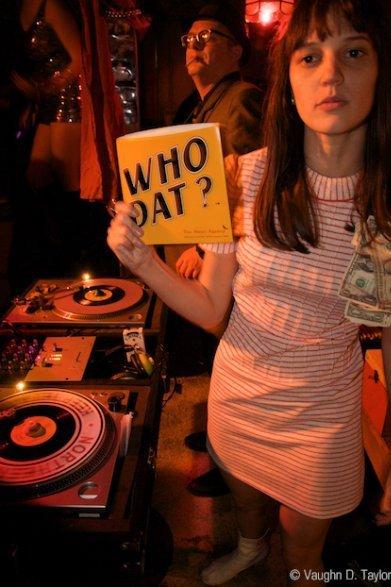 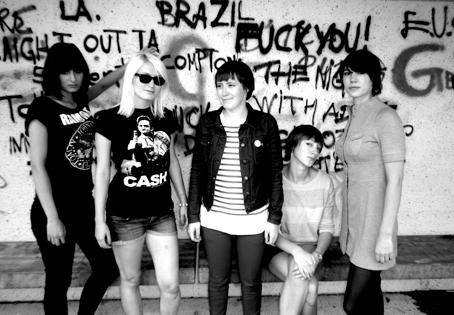