Junkie flamingos (it)
is a project conceived in 2018 by luca sigurtà, Alice Kundalini, and Daniele Delogu. Each of these musicians has their distinctive sounds: Sigurtà with his vertiginous electronica, Kundalini best known as the author behind the death industrial project She spread sorrow and Delogu in the bombastic folk of the Barbarian Pipe Band. Their collective amalgamation shifts but does not denude each of these aesthetics in the construction of their work. Their debut album Lemegeton Party out on May 2019 is released by The Helen Scarsdale Agency. There is a vaguely synth pop/electro-industrial sheen throughout this record, but those elements (drum programming, keyboards, etc.) are stripped down and dissected into varying levels of abstraction. The arrangements ebb and flow upon a rhythmic spine of drum machines and cybernetic sequences, laden with acoustic instrumentation bathed in effects and treatments that all serve to bolster Kundalini’s allegorical declarations. To think of Coil’s post-MDMA experiments in chill-out isolationism wouldn’t be far from the mark, with the Junkie Flamingos making a sound nod to the slow motion, proto-techno torpor. 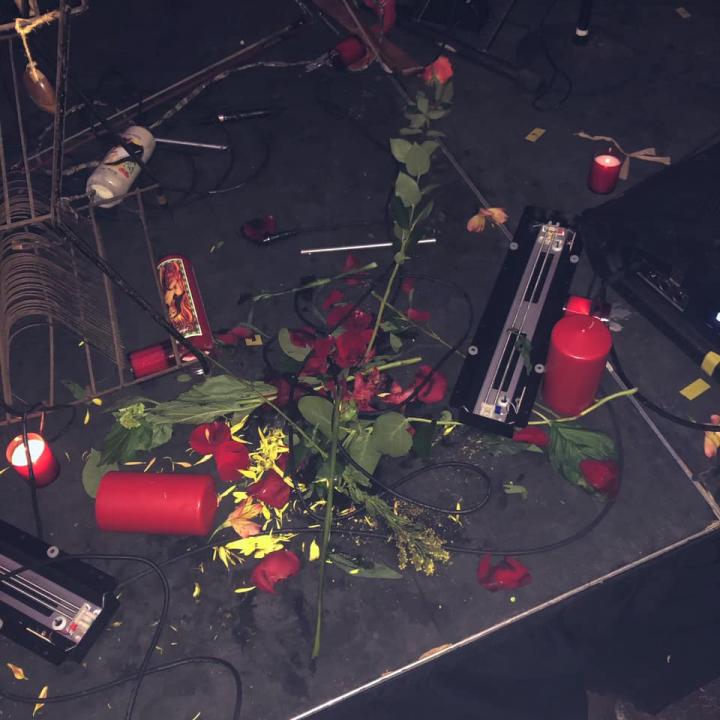