Comprised of members of Junius, Rosetta, and City of Ships, new Brooklyn band Driftoff presents its debut release: the four-song EP, Modern Fear. Junius guitarist Mike Nieves describes new band Driftoff as an embrace of punk and hardcore inspirations not given the spotlight in the members’ other bands.
uitarist/vocalist Eric Jernigan, also of Rosetta and City of Ships, elaborates: “Within the first few Driftoff practices we had skeletons for the songs on Modern Fear, and it was clear they were more frenetic and intense than what we’ve done with our other projects. Driftoff evokes post-hardcore heroes like Quicksand, Hot Water Music, and Planes Mistaken For Stars. 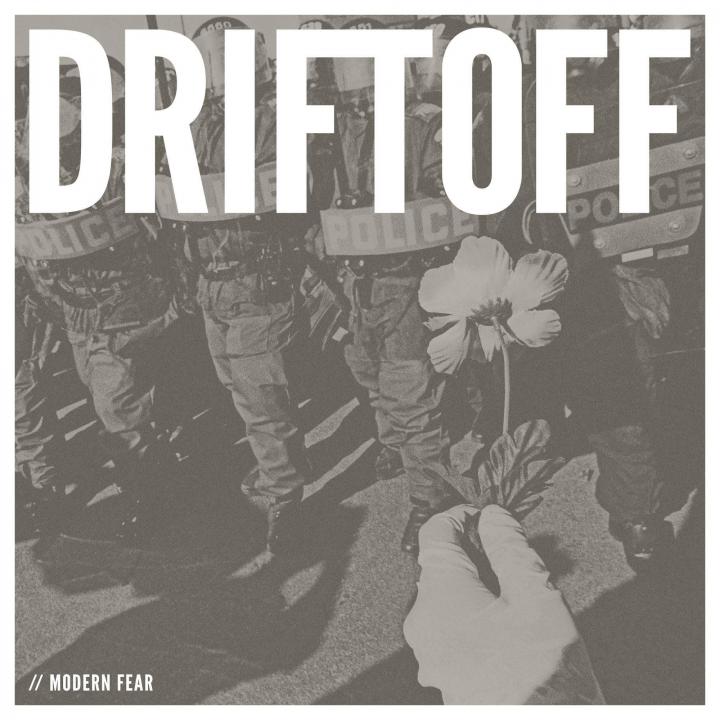