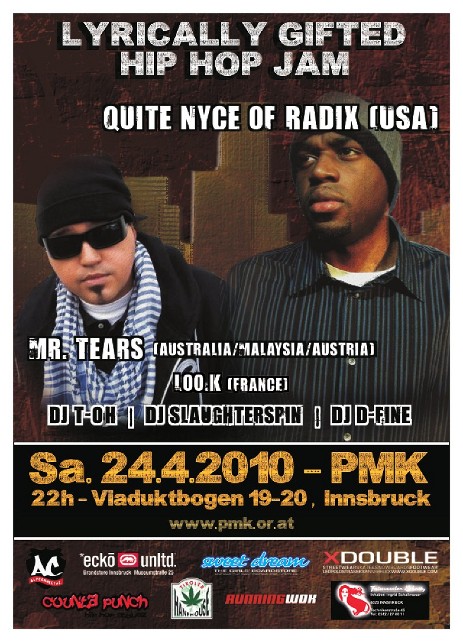 Combining his insatiable hunger for hip hop and his love for conscious poetry, Quite Nyce is a veteran artist ready to galvanize thirsty hip hop fans with his boom bap bravado and head noddin' narratives. The leaked singles that will appear on blog sites over the next month will show hip hop heads who Quite Nyce really is and why he will never have to introduce himself to you ever again.
Mr Tears is a product of his environment. The significance in this is that Mr Tears' environment is 'forever changing'. From the age of 18, he travelled the world in the hope of perfecting his craft. After his travels, Mr Tears settled in London and for a rapper, you wouldn't think that London would be his first choice. But from the first day in London, Mr Tears' eyes were opened to a new world of creativity. Whilst in London, Mr Tears joined a band called 'Champion Jack'. Over a two year period, they made some great music and did some great shows. After these two years, Mr Tears decided to focus on his solo career - first in London and later in Austria. In Austria, as luck would have it, Mr Tears found his perfect match musically in Bernhard Kathrein aka Benson. And although Mr Tears is a solo project, it is a two man show. Benson introduced Mr Tears to a more electro style of production. And from there, the sound of Mr Tears was born. It is a unique sound, blending many genres into one to create what Mr Tears calls 'URBAN CLASH'. 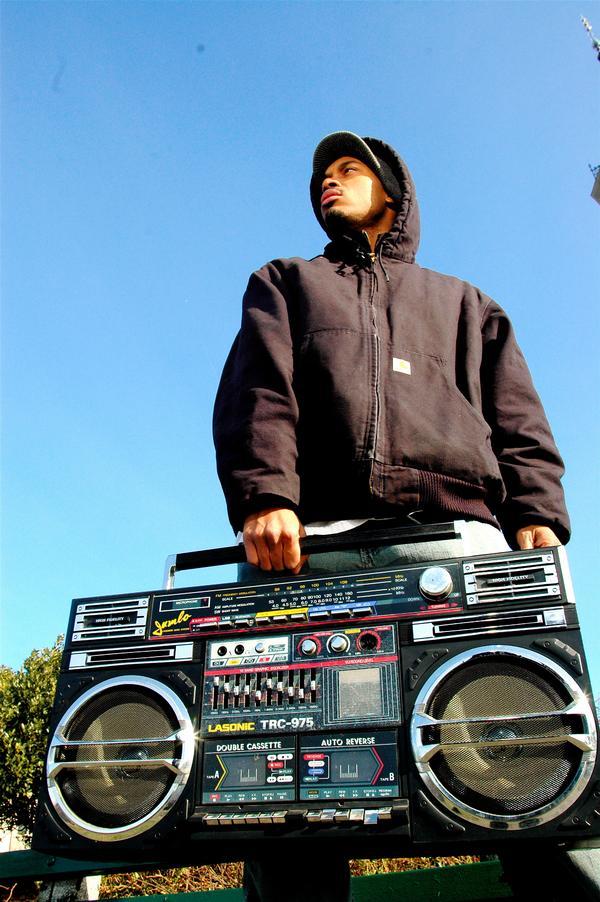