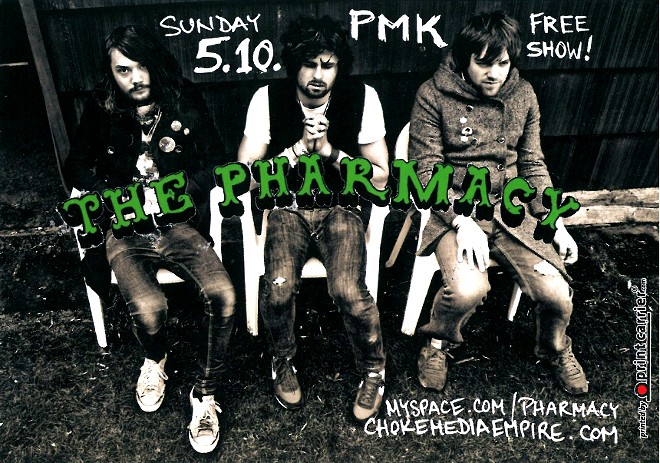 frei!
hosted by
choke media empire
THE PHARMACY (seattle, us)

Pacific Northwestern Anti Folk / Pop Spazmastication? Yes.
They have played with the MOLDY PEACHES and toured with KIMYA DAWSON (as her opening and backing band), JEFFREY LEWIS and MATT & KIM. The nationwide spring 2008 trip with JAPANTHER just happened this spring, and led into the idea of doing a split 7" vinyl record, and they asked us, BACHELOR RECORDS to put that out! So I think its about time to swing a memorably record release party!!!! THE PHARMACY is famous for a outrageous live show full of debauchery, sweat and unpredictable moments" plus: ITS FREE!!! GRATIS!!! NO COVER!!! YIKES!!!! SUNDAY PARTY NIGHT!!! So come early, we will also bring some nice music!